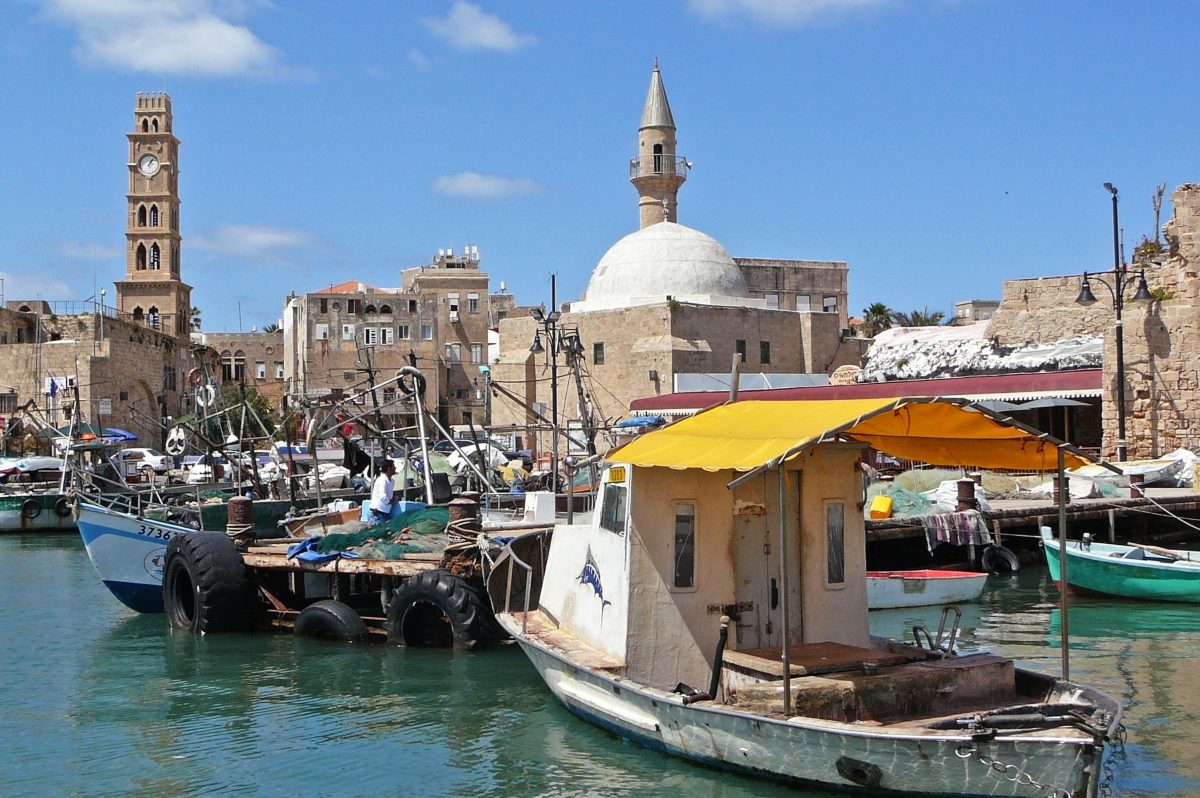 The Old City of Acre has a special atmosphere. The natural bay made Acre the main port city in the land of Israel for thousands of years and was connected to many rulers with countless stories. In 2001, Old Acre has declared a World Heritage Site by UNESCO. Acre is a mixed city (Jews and Arabs live together). Be aware that in Israel the name of the city is pronounced Akko.

Acre is one of the oldest cities in Israel. It was founded 4,000 years ago, and until the Crusader period, it was a small fishing town. During the Crusader period, the city grew enormously thanks to the European Crusaders, who were able to exploit its great potential as a port city for commerce. In fact, from 1191 the city became the capital of the Crusader kingdom. When this kingdom collapsed, Acre was destroyed, and only during the Ottoman period was it rebuilt and it was known that the days of flowering were renewed. The great Napoleon was also in Acre, but he could not conquer it. On the one hand, Acre is an ancient port city, where fascinating archaeological finds are found, and there are important historical sites. On the other hand, Acre is also a modern city, blessed with charming beaches and a colorful oriental market, displaying varied merchandise.

It is difficult to offer a specific route in Acre since one of the great pleasures is to simply stroll through the alleys and the sites. Throughout the city, there are excellent signs that make it easy to get around, so you can reach the recommended sites to visit.

How to get there

You can arrive at Acre by car or by public transportation (bus or train). Throughout the city, there are many signs pointing to the Old City.

By Car: For those arriving by car, there are two possible parking lots:

The Moat parking lot (by the walls).

By Train: There is a regular train service from the center of the country every hour, the duration of the trip fro Tel Aviv to Akko is about one hour and twenty minutes.The train station is a 15-minute walk from the Old City, or you can take a taxi to the Old City.

Things you can do in the old city of Acre (Akko)

The entrance to most of the sites is for a fee, and it is recommended to buy the combined ticket for all the sites together (cheaper): the Knights’ Halls, the Templar Tunnel, the Okashi Museum, and the Turkish Hamam.

Here I have put the points of interest in Akko in order of place, so you can follow this as your day in Acre (Akko) itinerary. Also, you can look at the map below, and click on each site for a brief explanation.

These huge halls that belonged to the Crusader Order were used for sleeping, ceremonies, and meals. Many pilgrims would come here and stay overnight to recover from the long journey before going to Jerusalem. At the entrance to the Knights’ Hall, a film is presented showing the establishment of Akko and its history. The tour of the halls is very impressive. The visit to the upper halls leads to a crypt which is a huge hall that served as a dining room and a ritual room. From the crypt, an underground communication channel leads to the Fusta, which probably served as a hospital for the city. The Fusta is outside the castle, and it is pleasant to continue walking around the city markets. As part of the cost of the entrance ticket, the individual visitor receives headphones with explanations in one of these 8 languages: Hebrew, Arabic, English, German, French, Spanish, Italian and Russian. 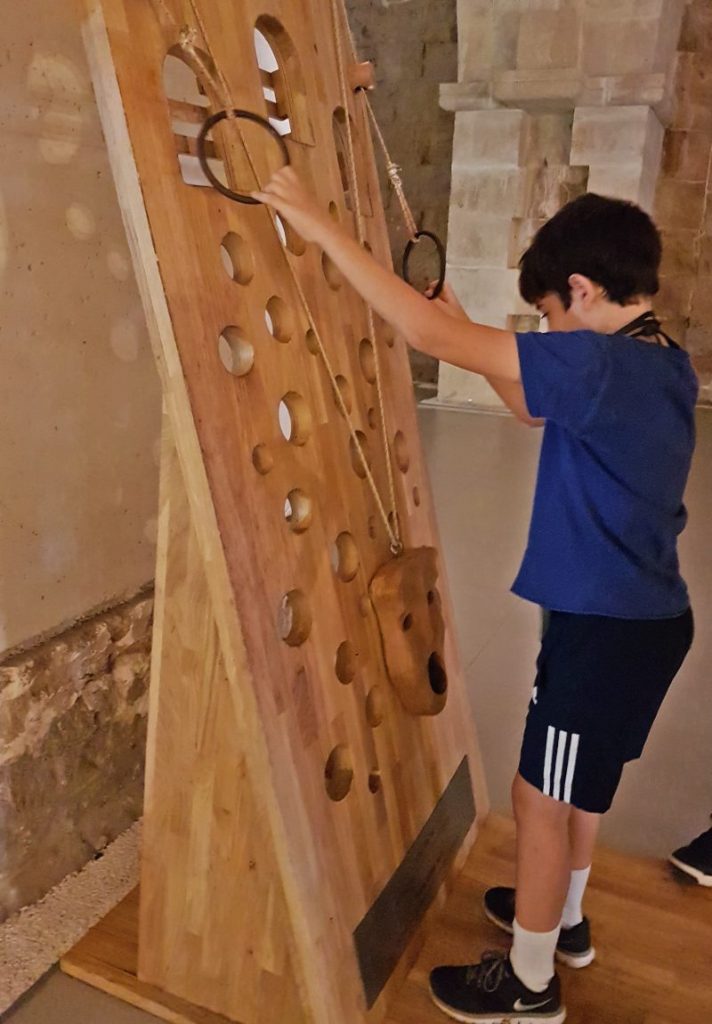 A bathhouse built in 1795 in the style of the eastern baths that were used in the Ottoman Empire in the 18th and 19th centuries. The entrance hall of the hammam serves as a dressing room with a marble fountain in its center. From this room leads a corridor to a series of hot halls, the last of which is an octagonal steam room, its dome rising on marble columns and four rooms for personal use. The structure of the bathhouse is luxurious and is decorated with marble floors and ceramic tiles. It is recommended to watch the interesting movie showing the life back then. 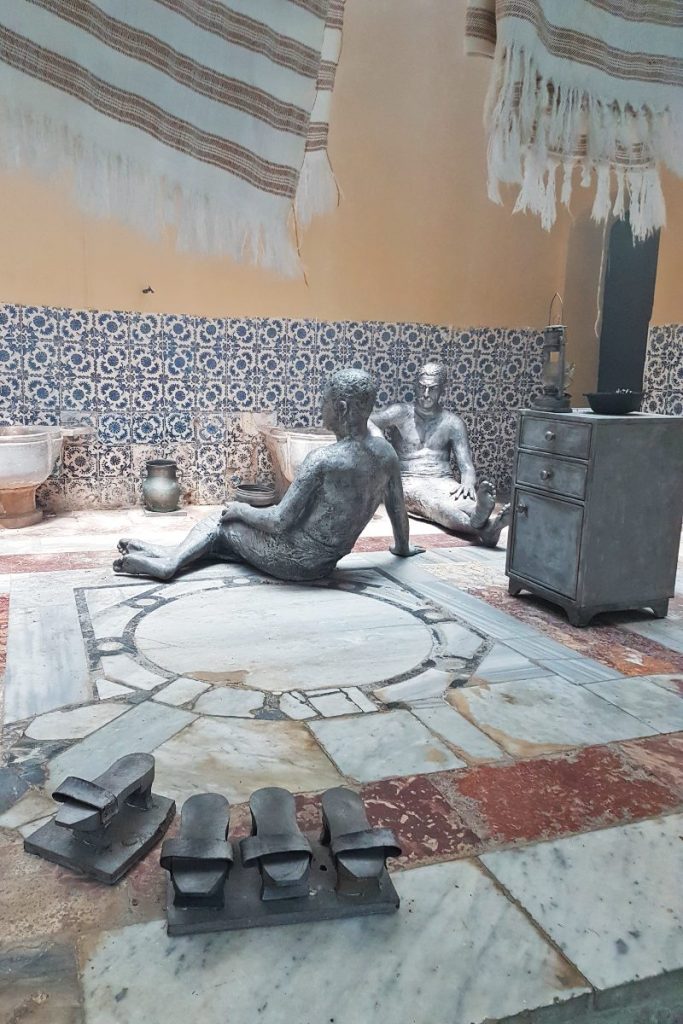 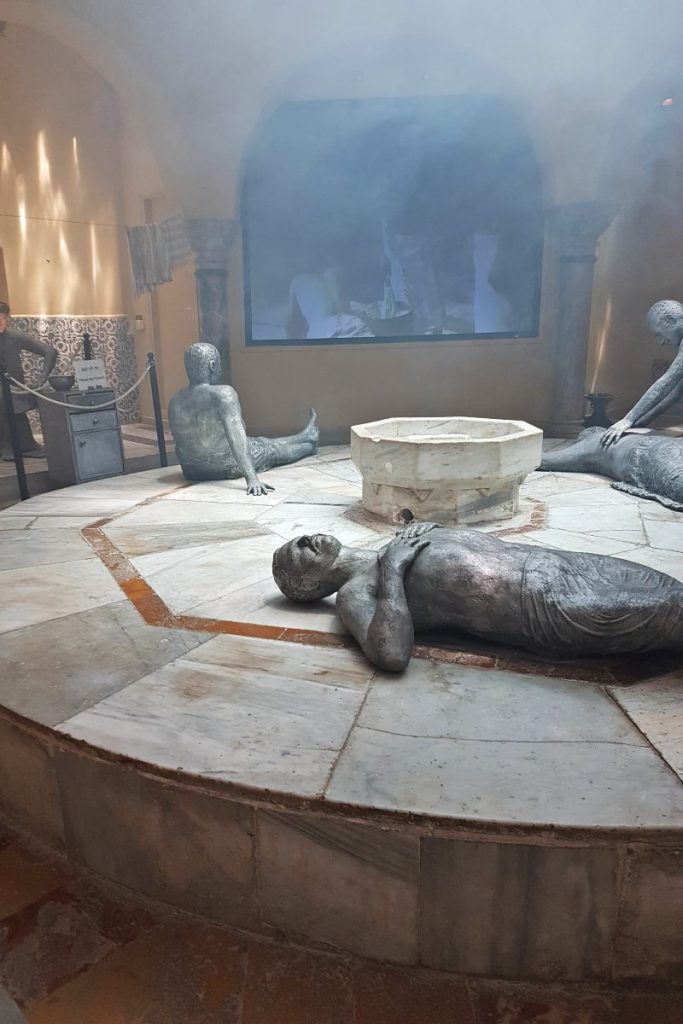 Next to the Knights’ halls, in an ancient structure from the Ottoman period, there is a museum displaying temporary exhibitions of Israeli art alongside the permanent exhibition of works by the artist Avshalom Okashi. The entrance to the museum is part of the combo ticket. It is not a must, and I will recommend it only for people who are passionate about art (especially modern art) and without children.

4. The Turkish Bazaar And The market

The Turkish Bazaar is a charming little market, one small alley but with lots of atmosphere. Here you can find small bistro restaurants, boutique shops and a great coffee shops. We toured the Turkish bazaar from which we turn right and went back to the main market.

The old city’s market is a colorful market where you can find many stalls of oriental sweets, perfumeries and original spice shops and more. The atmosphere in the market is special and it is worthwhile to go around and enjoy the smells and sights. It is recommended to buy some sweets, especially the excellent kanafeh (sometimes you can even find vegan kanafeh). 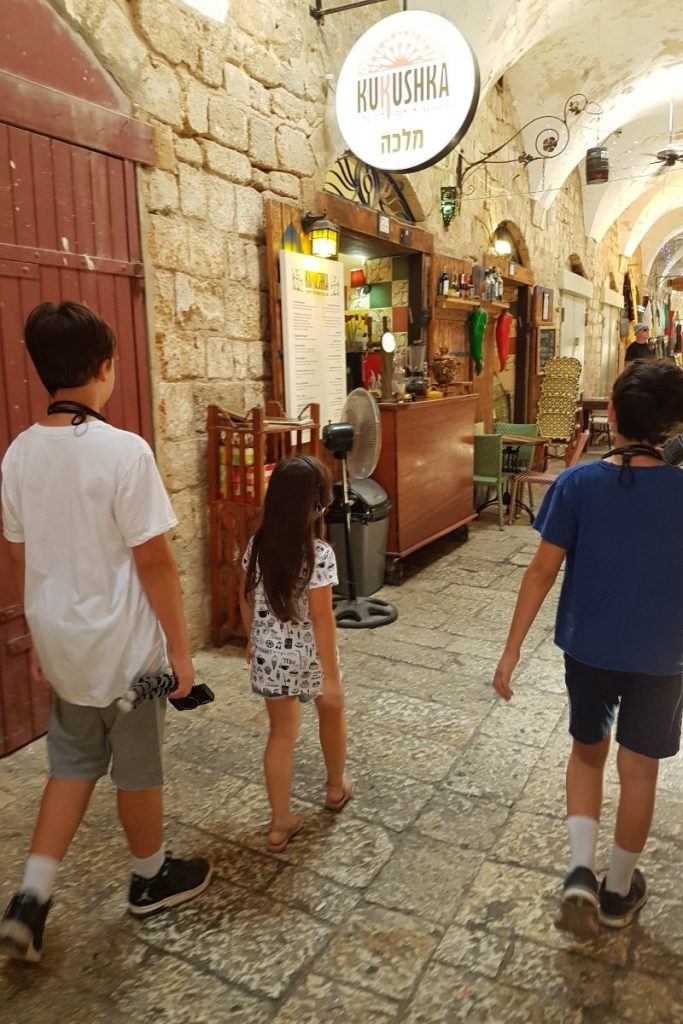 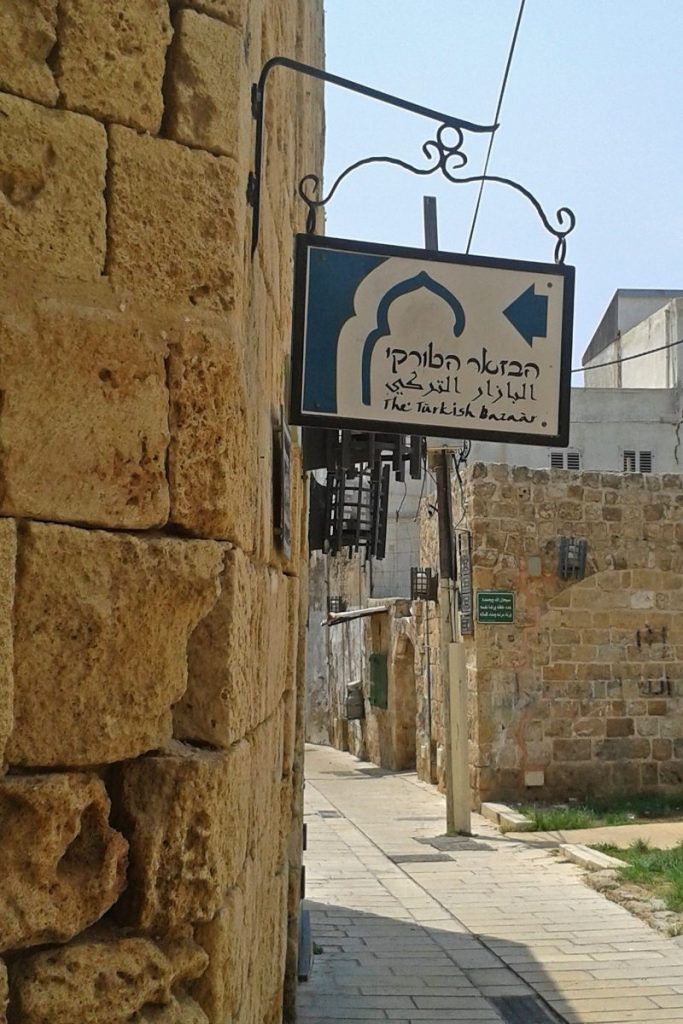 The Templars were a military-monastic order, which in the name of the Pope helped pilgrims and sick people who came from Europe to Israel to visit the holy places. The tunnel is 150 meters long and runs from the Templar fortress in the west to the city’s eastern port. In the past, it served as a strategic underground passage, which connected the palace with the harbor. The tunnel was discovered in 1994. 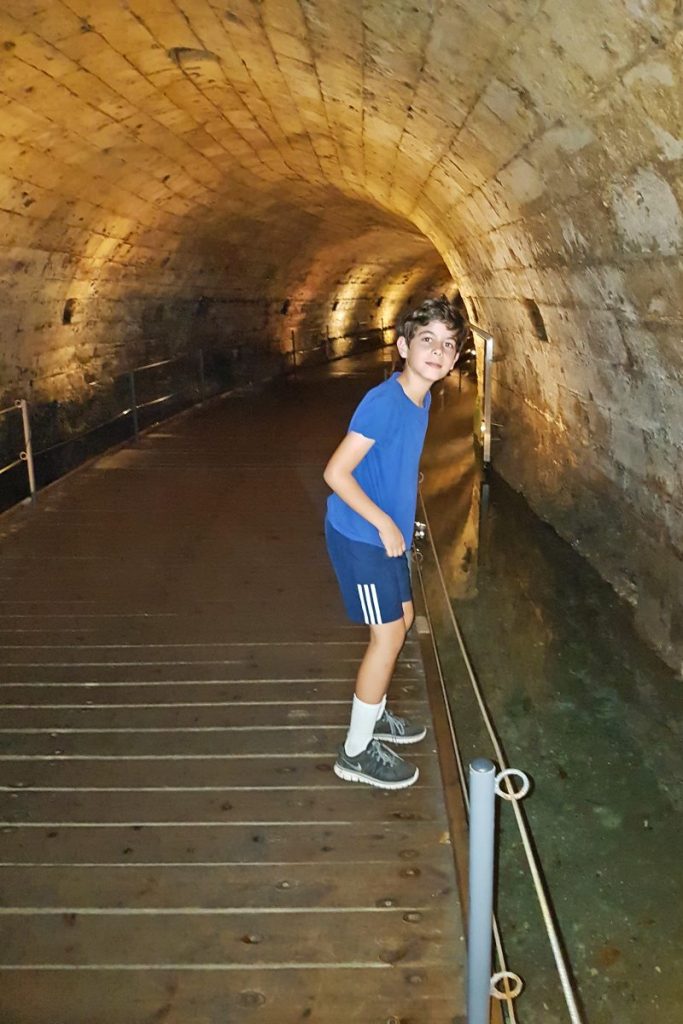 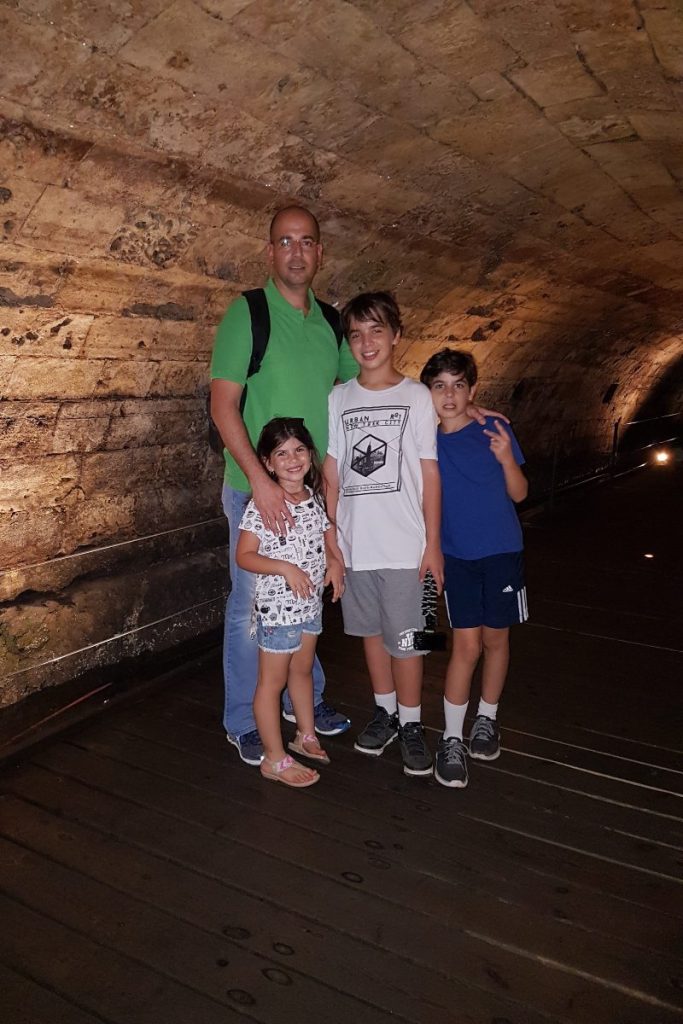 When we went out of the tunnel the beautiful view of the Mediterranean sea and the western walls of Akko opened in front of us. 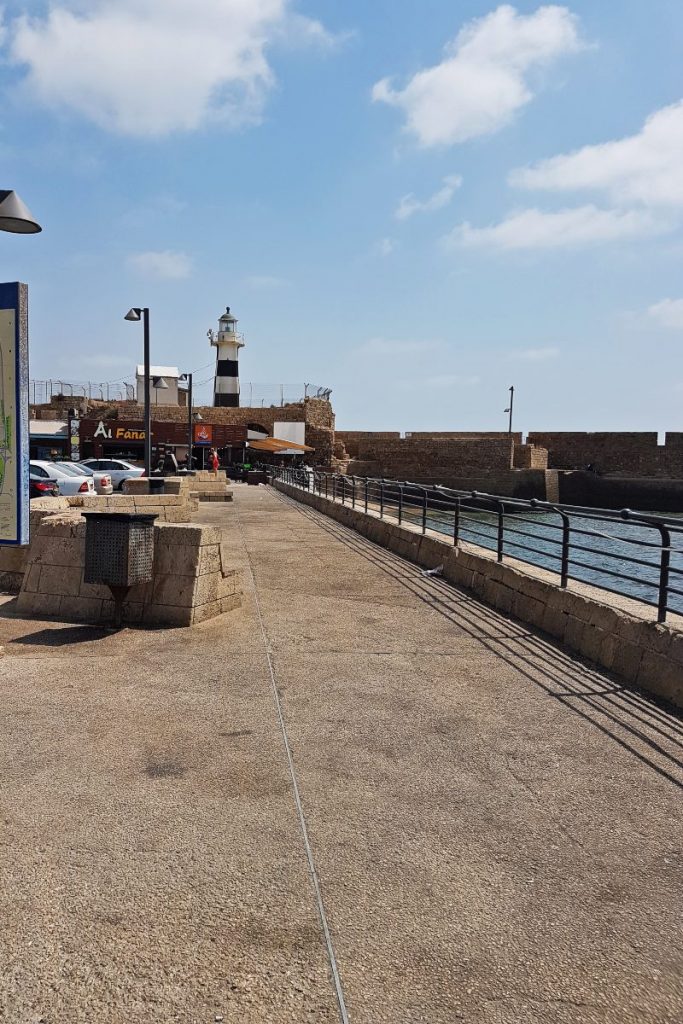 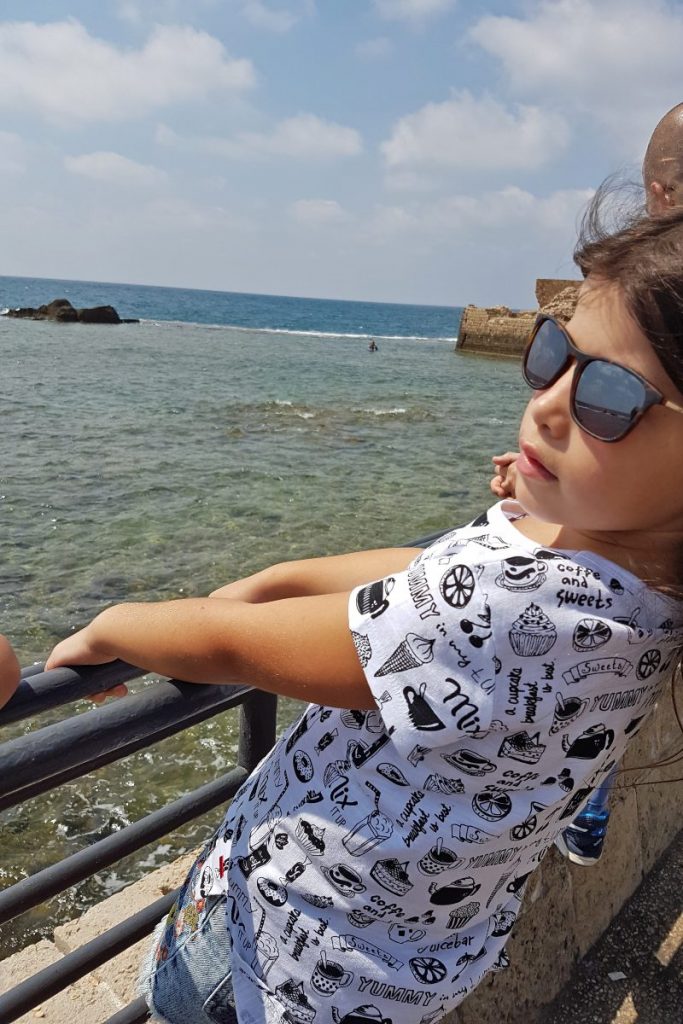 About fifteen minutes walk through the alleys of the old city and you get to the Eastern wall. Acre is surrounded by a number of wide walls that have protected it over the years. The eastern wall makes it easy to climb on and enjoy a pleasant walk along it. The staircase is wide allowing you to climb the wall and enjoy a view of all of Acre. The walls of Acre were built and destroyed several times by the various rulers of the city. Remains of the walls are an extension of the Crusader wall.

7. Treasures in the Wall Museum

The museum is located in the heart of the eastern wall of Old Acre. Its purpose is to preserve the city’s fascinating historical heritage and restore authentic sights from the past. The museum has hundreds of objects of traditional craftsmen who worked in the markets, magnificent furniture of the city’s rich, and the fact that Acre was a unique meeting place of faiths and religions. The magical combination of the vaulted stone halls and the hundreds of objects creates a special experience. Another gem in the museum is the round inner courtyard on the wall where the cannons once stood. 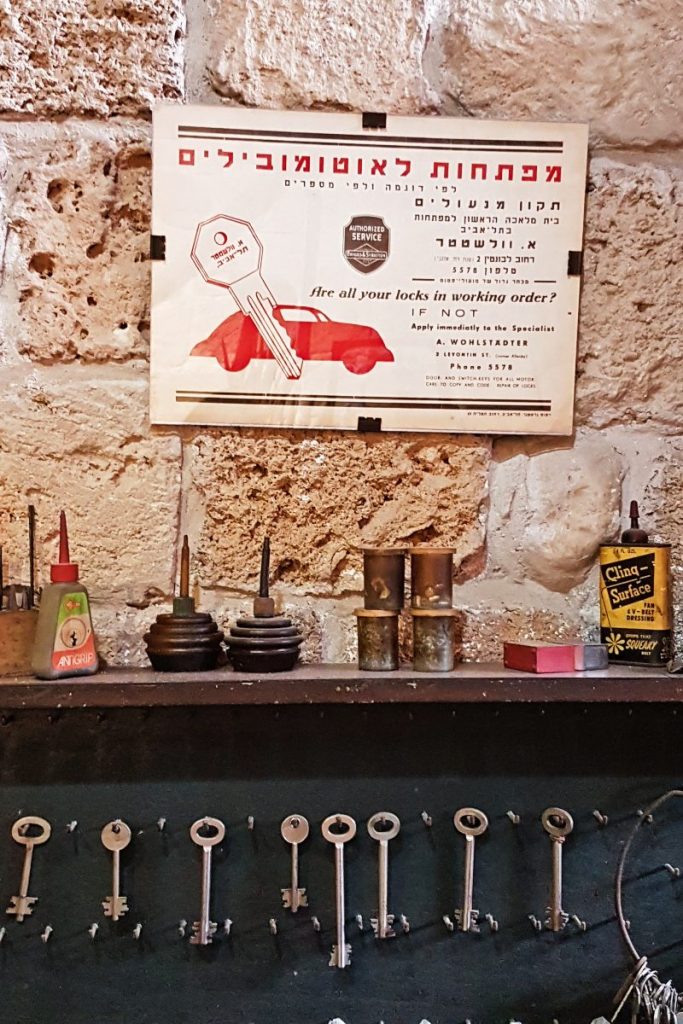 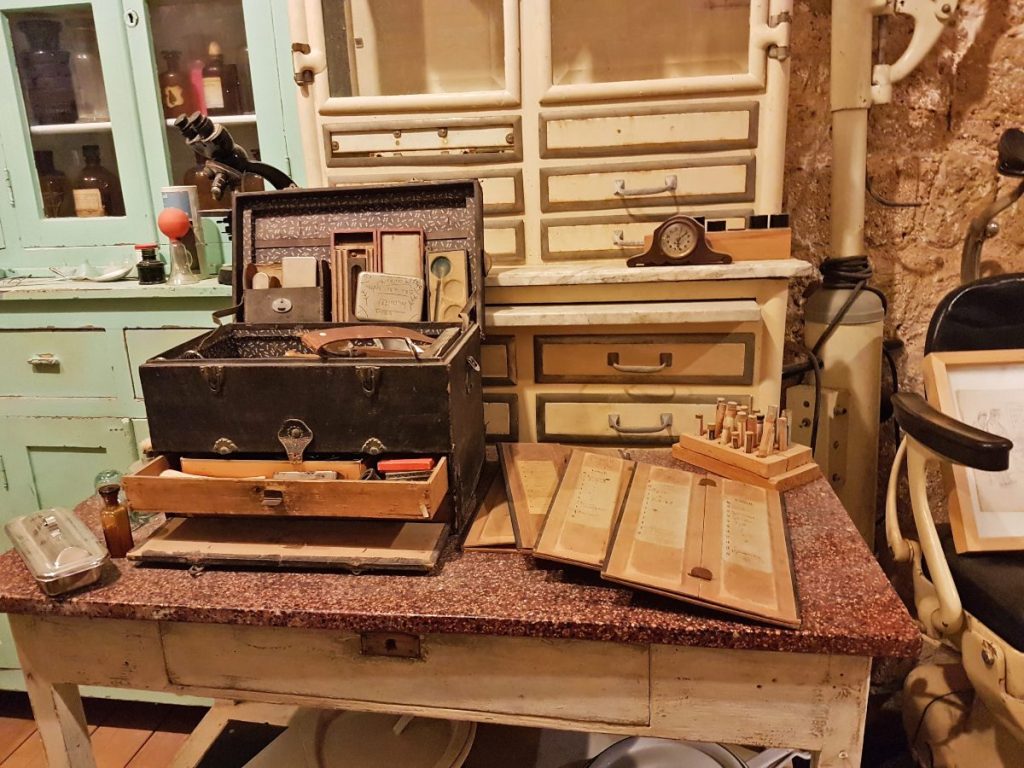 A visit to Acre’s market will never be complete without a jump to Said. Those who are not intimidated by the line that runs through the rush hour outside will have one of the wonderful hummus dishes ever. It is highly recommended to taste the excellent mashawsha. 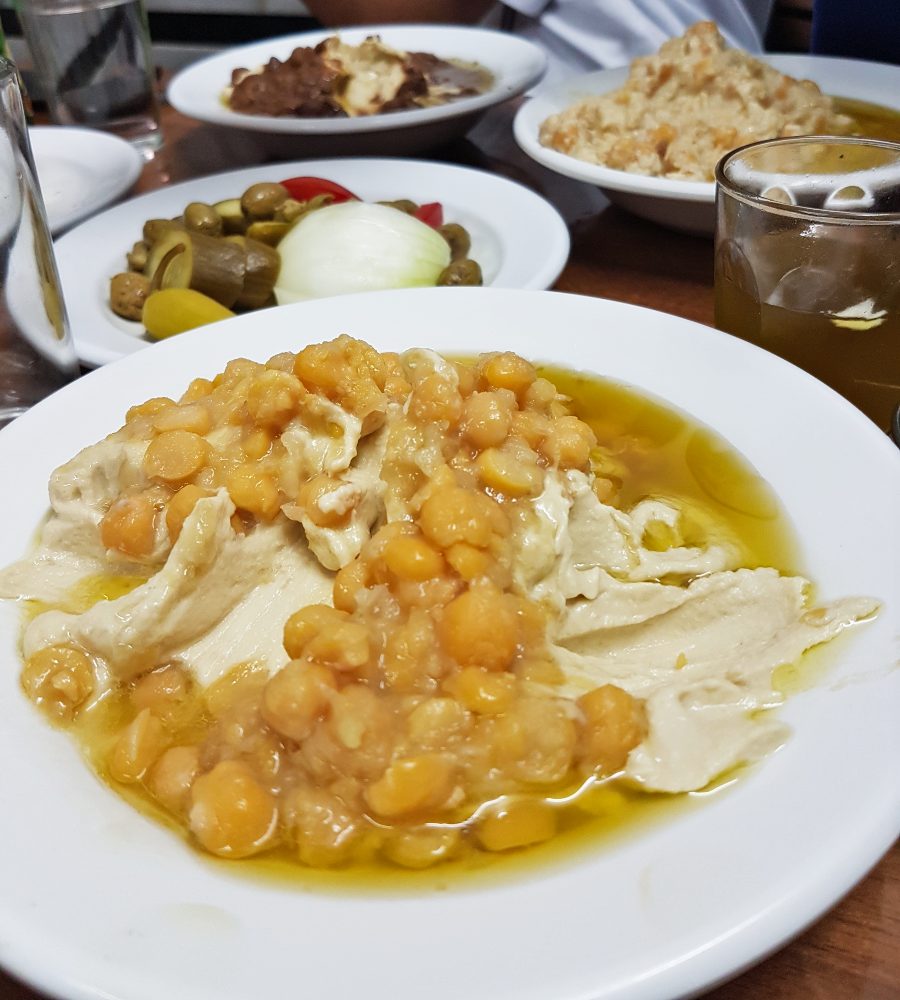 That’s it, our tour in Acre is over. We have been exposed to historical treasures, great antiquities from ancient times, and lots of atmosphere. We Hope this itinerary would be helpful to anyone who is visiting Israel and wants to explore a bit more than Tel-Aviv and Jerusalem.

Thinking of traveling to the South of Israel? Don’t miss our post: A Perfect Weekend In The Dead Sea And Masada Fortress. 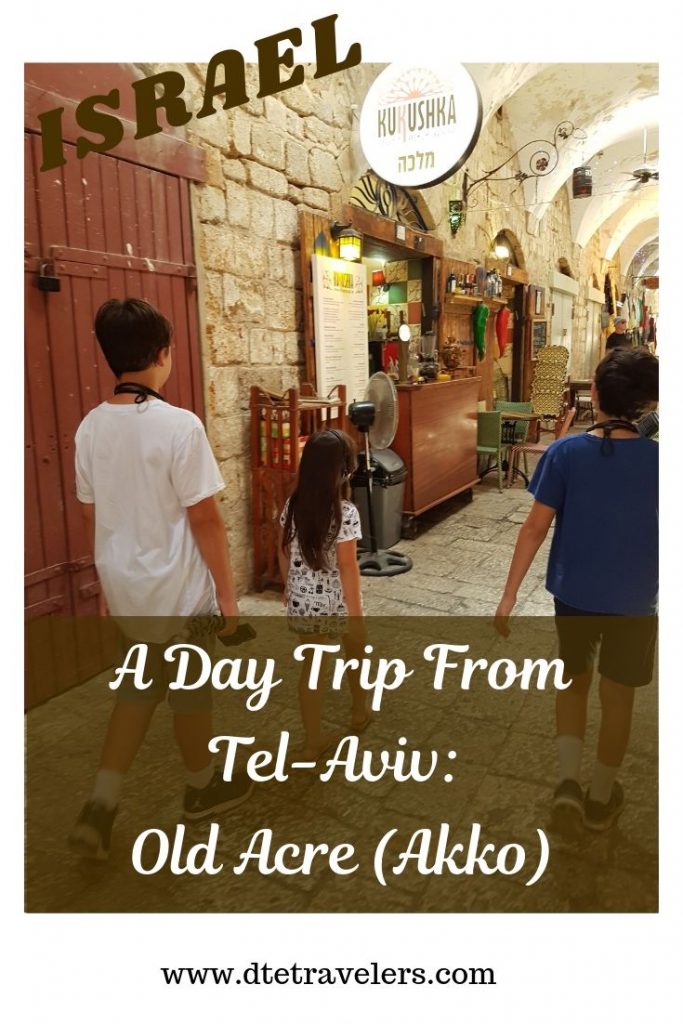 Is Hong Kong A Good Place To Visit?

Tuscany Itinerary For 7 Days With Kids