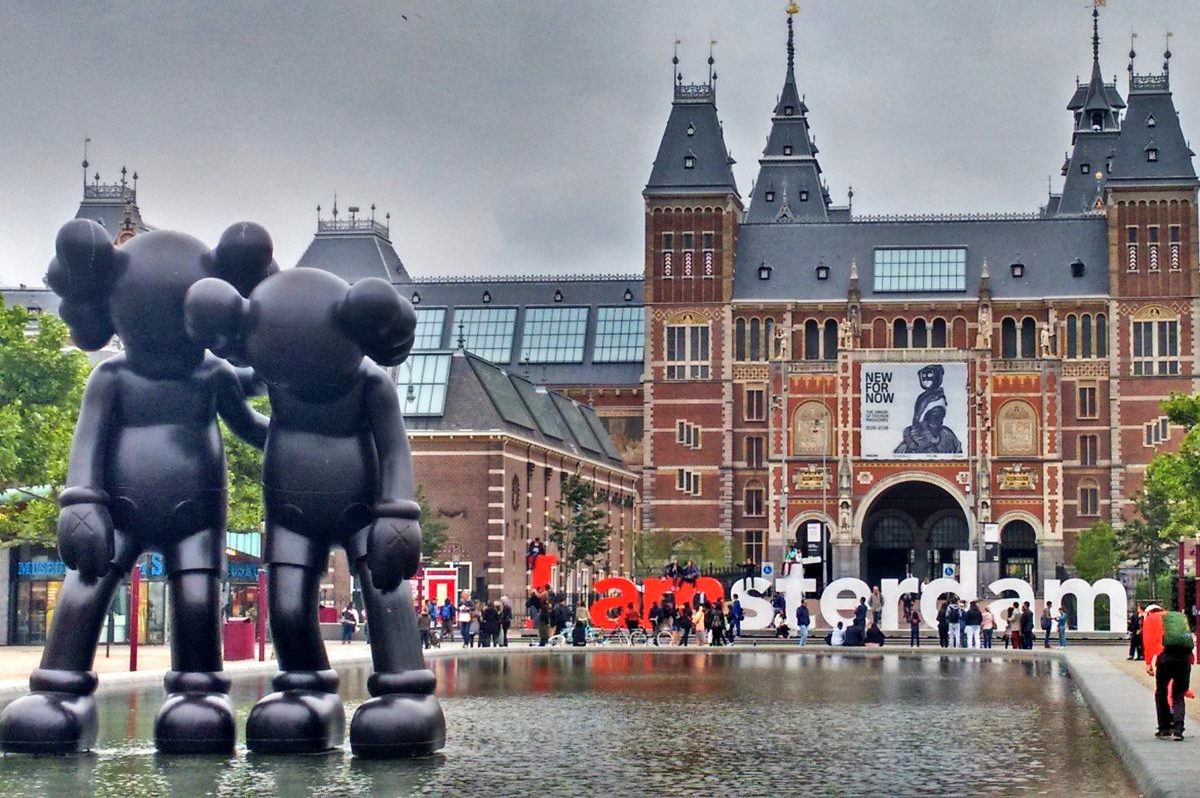 Amsterdam is the capital of the Netherlands and one of the world’s leading tourist destinations. It is a very easy city to travel in, as most of the interesting sites are in a walking distance or a short public transport. Amsterdam’s beautiful canals, squares, streets, cosmopolitan atmosphere and fascinating contrasts between old and new make it a must-see destination for every tourist in the Netherlands, including families.

Amsterdam is definitely and unsurprisingly one of our top favorite places in the Netherlands.

Wondering what you can do in Amsterdam with your children?

Here are 11 things to do in Amsterdam with kids:

Anne Frank House is located in the center of Amsterdam, a 15-minute walk from Dam and the Royal Palace.

This is the house where Anna and her family hid during the Second World War until they were captured by the Nazis and sent to concentration camps and later to death camps. A visit to the Anne Frank House will give you an understanding of what happened there during those terrible years.

During her stay in the hiding place, Anna recorded in her diary what had happened and how life had looked in the shadow of danger. The diary had become a successful and fascinating book.

The Anne Frank House reconstructs the front part of the house and the back rooms where Anne Frank and her family were hidden. On the tour, you will see the part of the house that served as the office and includes the entrance to the hiding room itself, behind the huge library that served as a secret door to the hiding place. In the attic, you can see pictures and diary clips posted on the walls. The place was preserved in its most authentic form. The museum presents various quotes from Anne Frank’s diary, original objects, documents, photographs, and a few short explanatory films.

Photography is strictly forbidden. The queues are usually long as it is one of the most popular sites in Amsterdam. It is recommended to purchase tickets online or arrive early in the morning or towards the end of the day. 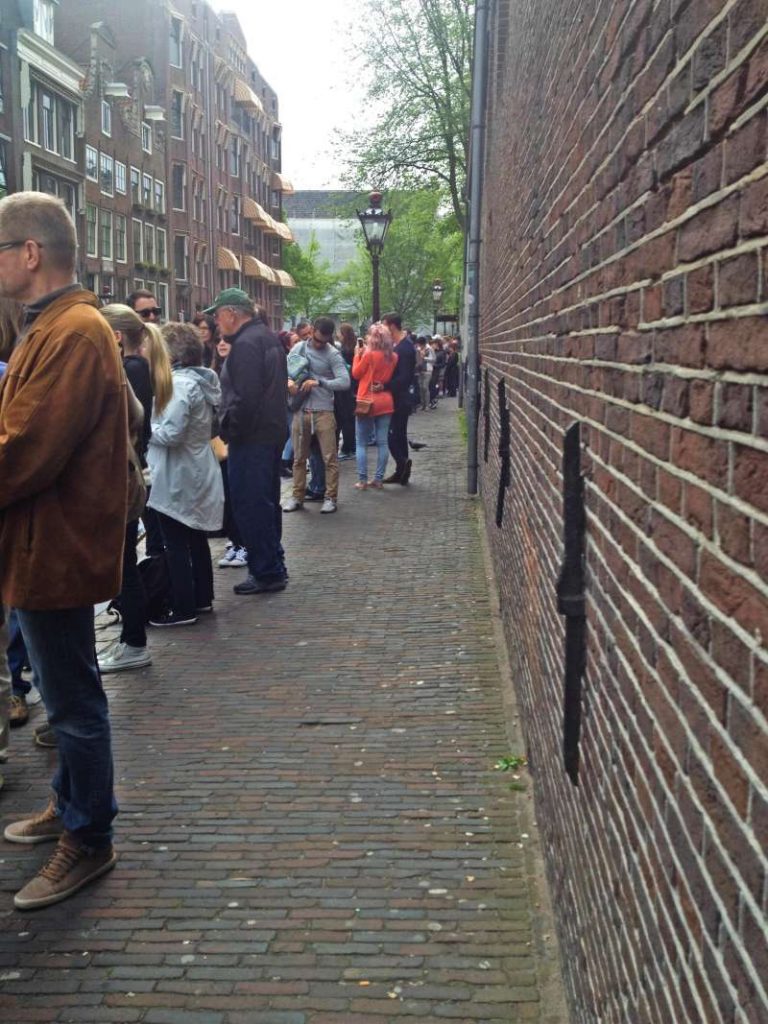 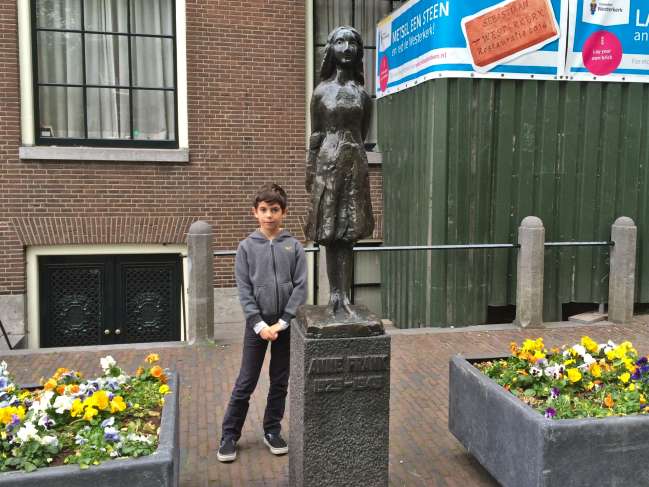 The Van Gogh museum is undoubtedly one of the best museums in Amsterdam. The museum is located in the Museumplein in the outer circle of the city, a 3-minute walk from the Rijksmuseum.

The museum is of course dedicated to the famous Dutch painter Vincent van Gogh, who has painted thousands of paintings but sold only one in his lifetime. A tour of the museum usually takes about 75 minutes. It is recommended to book tickets in advance and skip the queue, during the summer the queue may be particularly long.

There is a very nice activity for children that includes games like Treasure Hunt, various workshops and guided tours. 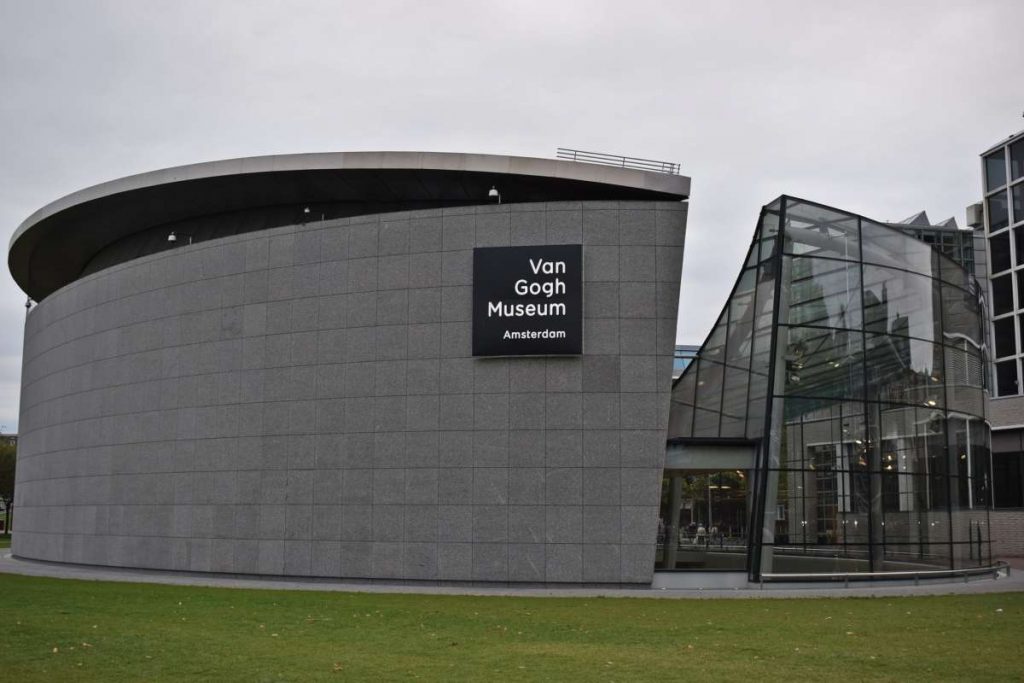 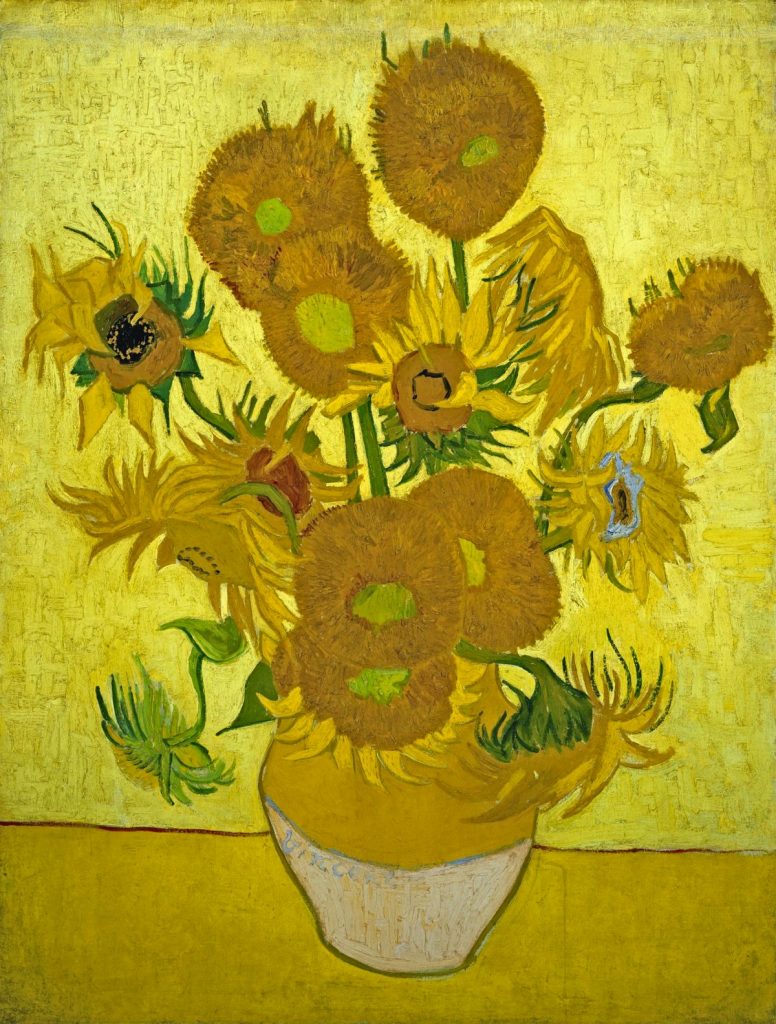 Rijksmuseum is one of Amsterdam’s famous museums and is a 10-minute walk from the famous Leidseplein Square.

The museum opened its doors in 1885 and displays at least one million items in more than 250 different rooms! Featuring works by artists such as Rembrandt, Vermeer, and others. There is also a huge library with a collection of about 250,000 books. The museum displays items from different periods.

This is one of the most important museums of the city and it is highly recommended to visit it. It is also recommended to book the tickets in advance especially during the summer months. 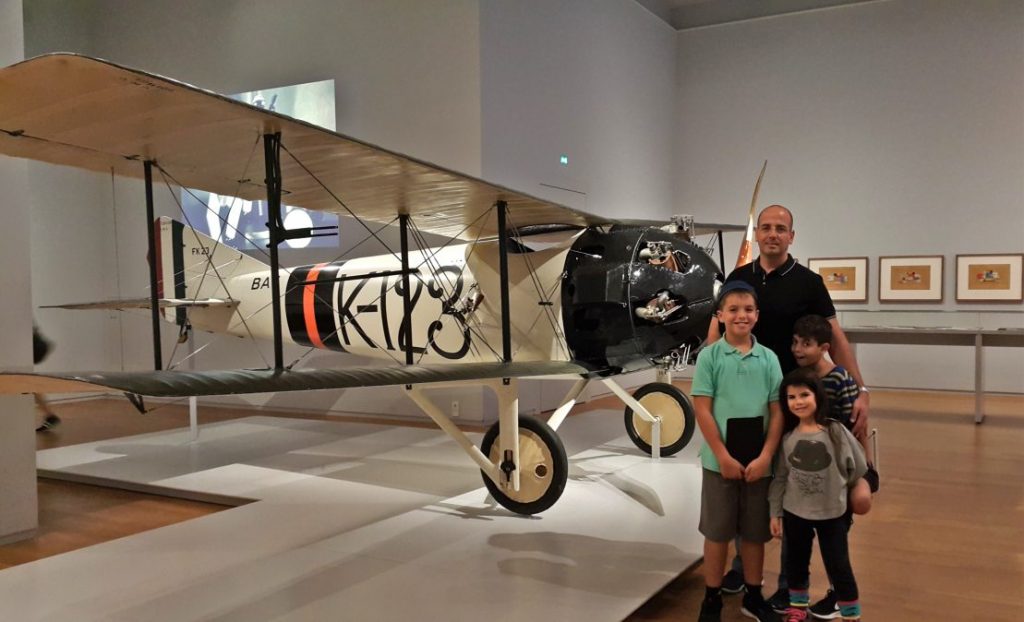 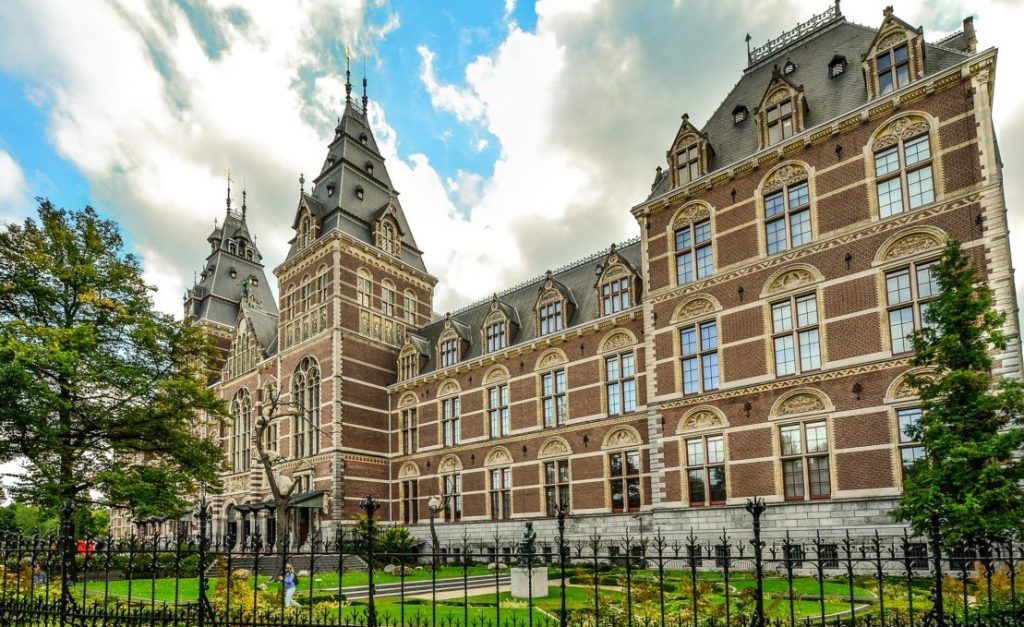 Science Museum NEMO is named after Captain Nemo of the famous story 20,000 leagues under the sea. The museum is shaped like a huge green ship on the verge of drowning on the banks of the canal. Unlike other museums, here you must touch the displays. It is recommended to go up to the roof to view the entire city. 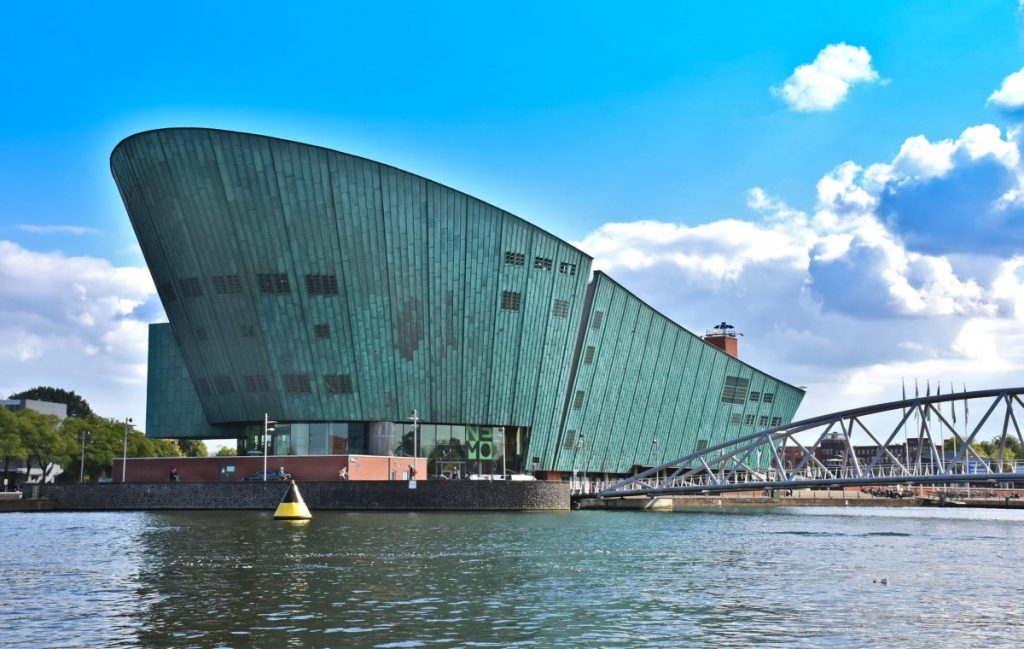 5) Maritime Museum of the Netherlands

The Nederlands Scheepvaartmuseum is a short walk from the Science Center NEMO and close to Amsterdam Central Station. It was established in 1656 and served as a warehouse for the Dutch Navy until 1973. Afterward, it was opened as the Maritime Museum of the Netherlands.

The museum displays items from 500 years ago associated with the famous Dutch navy. The Scheepvaartmuseum illustrates to the children the glorious history of the Netherlands as a naval power during the period when it set out on voyages of discovery to new areas. In the museum, you can see many models of ships from the 17th century until the First World War. 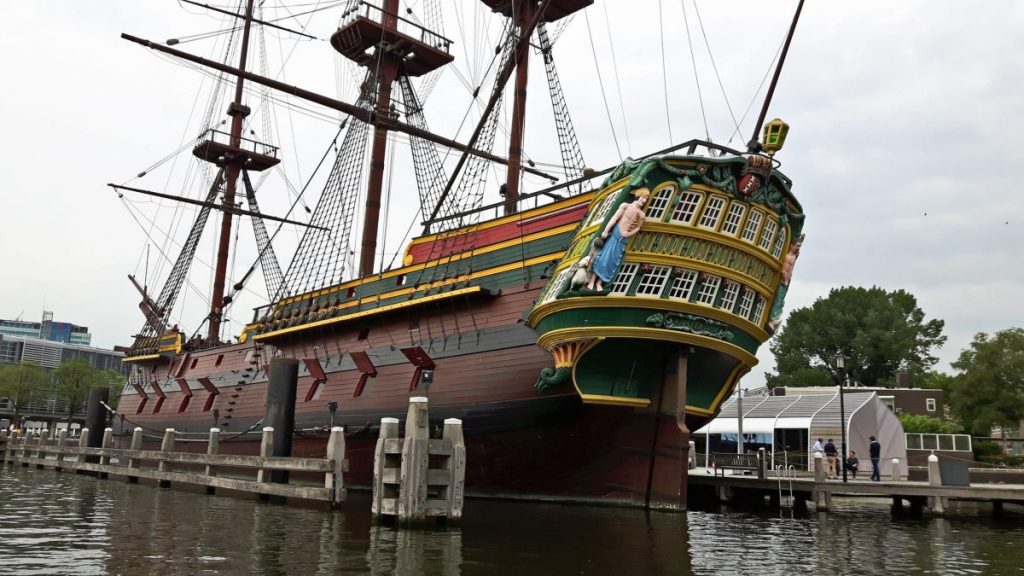 Tropenmuseum (The tropical museum) displays anthropological exhibitions, its name may perhaps make you think it is a museum of tropical plants, but in fact, it is a museum for the study of man and the different cultures. It is one of the largest museums in the Netherlands.

It is located near the Single Canal, south of the Jewish quarter, and is adjacent to the Oosterpark. There are interactive displays and exhibitions to describe Third World cultures and their living environments.

It is one of the most recognizable tourist attractions in the world. The museum features wax dolls dedicated to Hollywood celebrities, international historical heroes, sports representatives and more. The Madame Tussauds is located in the center of Amsterdam in the Dam Square.

Those who have not yet visited any of the wax museums around the world are recommended to come and see it. The museum presents dozens of figures and events in wax sculpture, and if you ever dreamed of being photographed with celebrities, this is the place to do it. 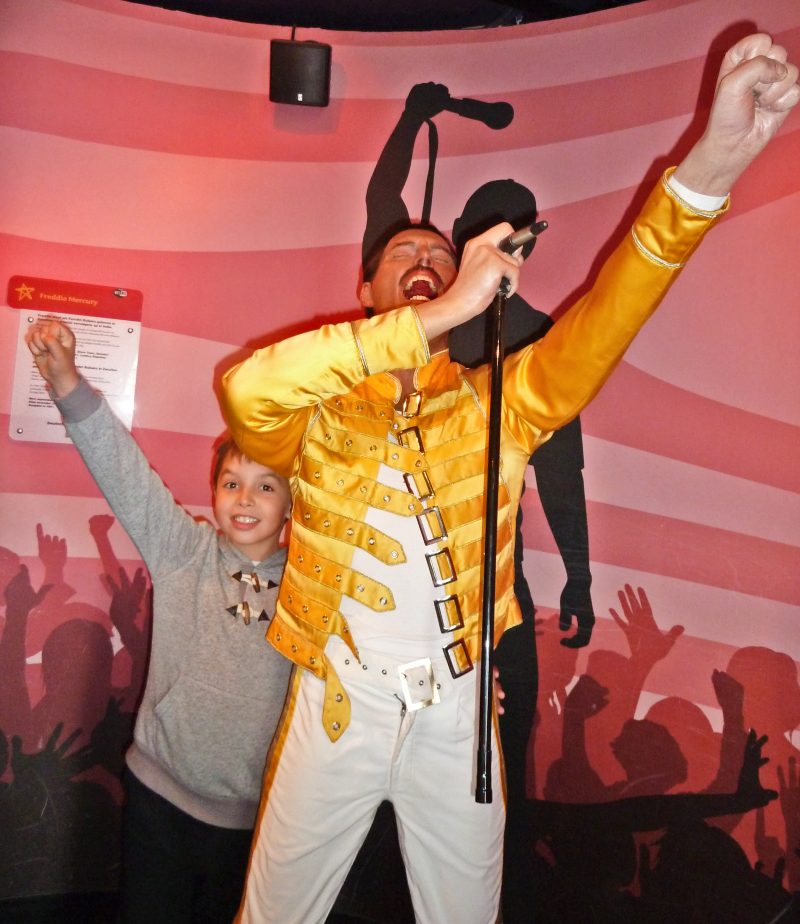 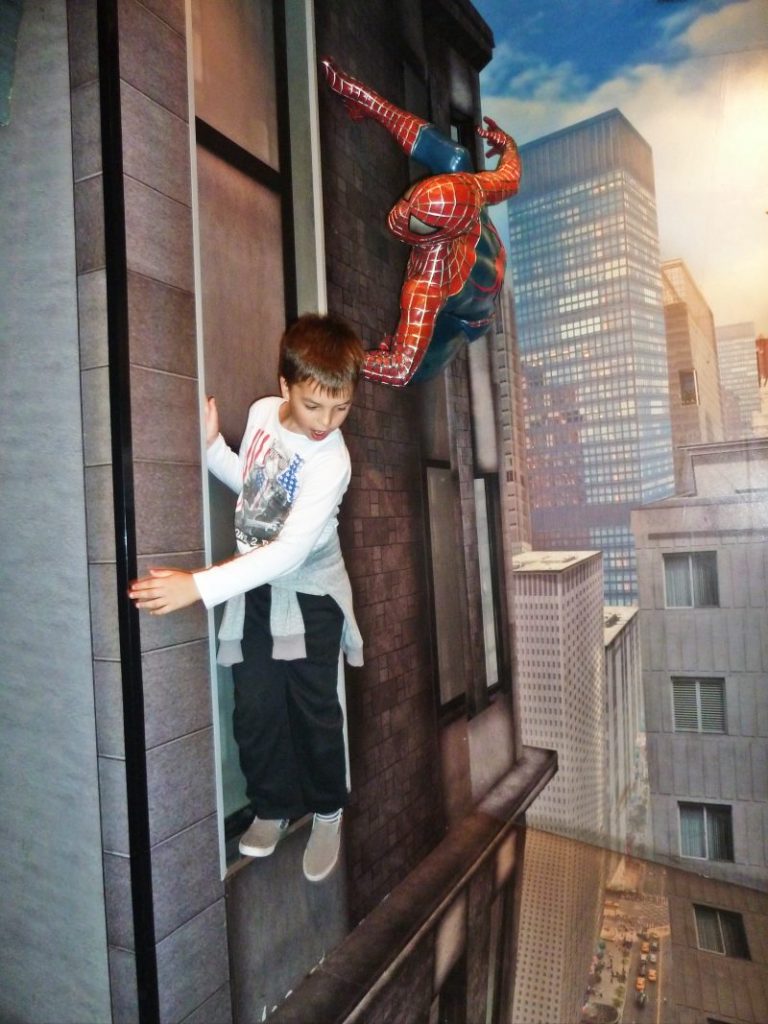 This is a small but unique museum, beautifully designed and very interesting. it explains the role of bacteria in our daily life and in our body. Many of the exhibits are accompanied by animated videos and there are many microscopes for personal experience. At the entrance of Micropia, the children receive a card that they sign at each station according to the shape of the bacterium. 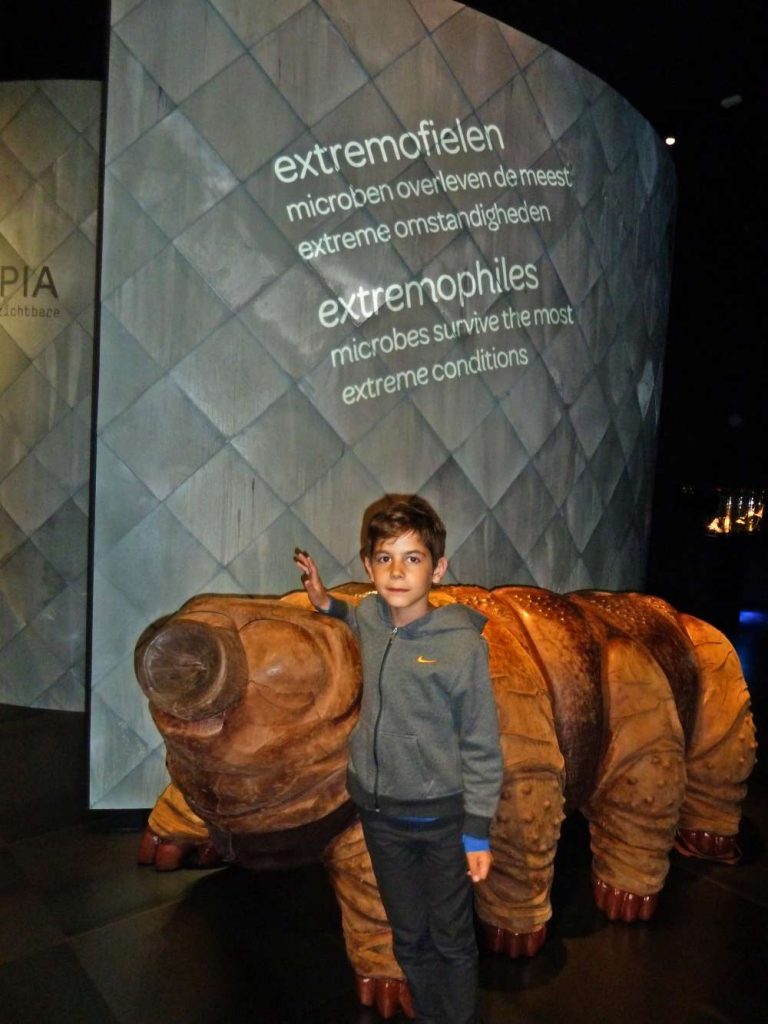 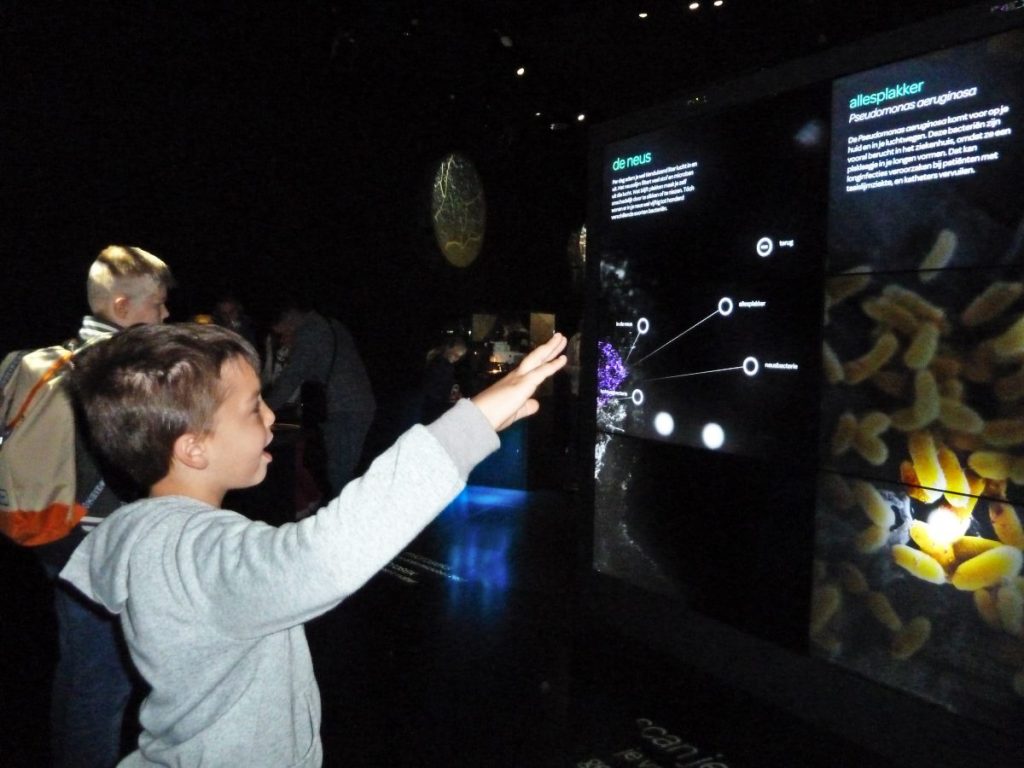 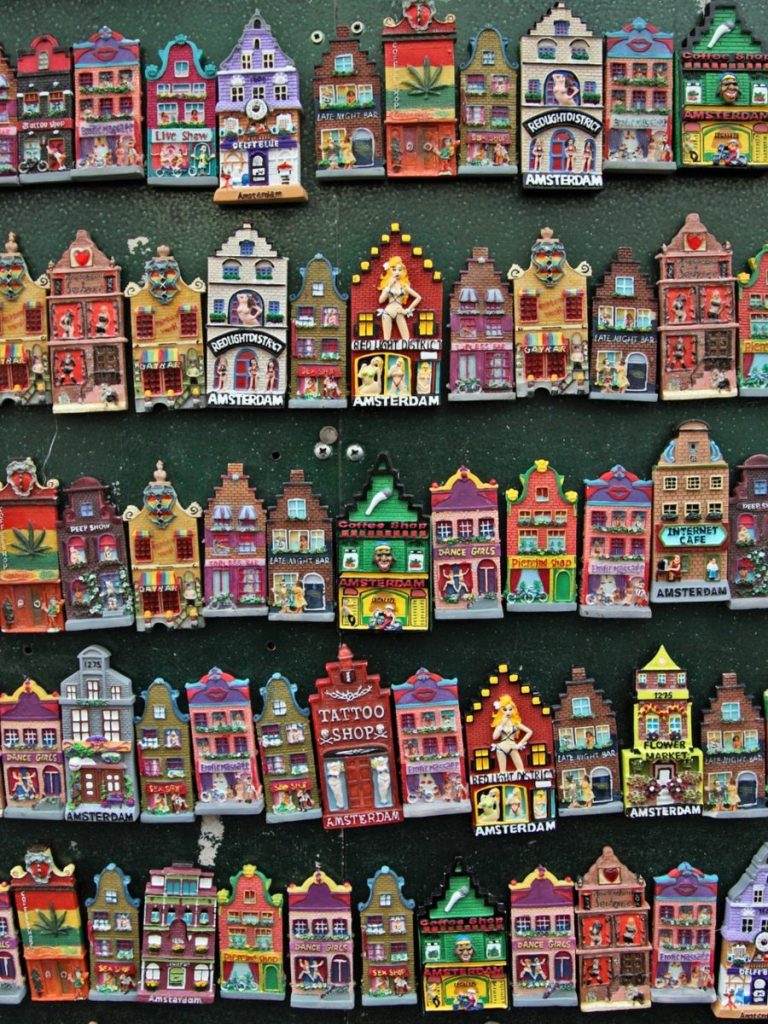 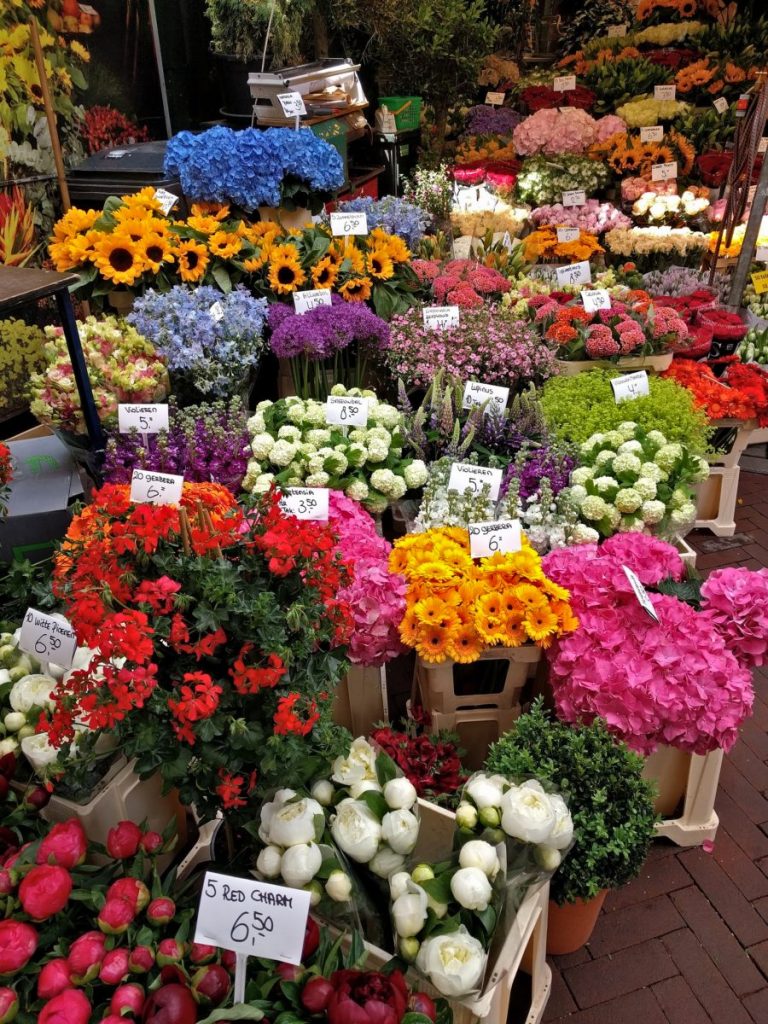 With a total area of 450,000 square meters, includes over 120 different types of trees, groves, lakes and more. Vondelpark is suitable for trips at any time, however, on Sundays it is packed with tourists and locals. The place is ideal for bicycle trips and there is a bicycle rental within the park. The kids can also enjoy the Kinderkookkafé, which is a coffee shop for children where they can cook, serve and play. 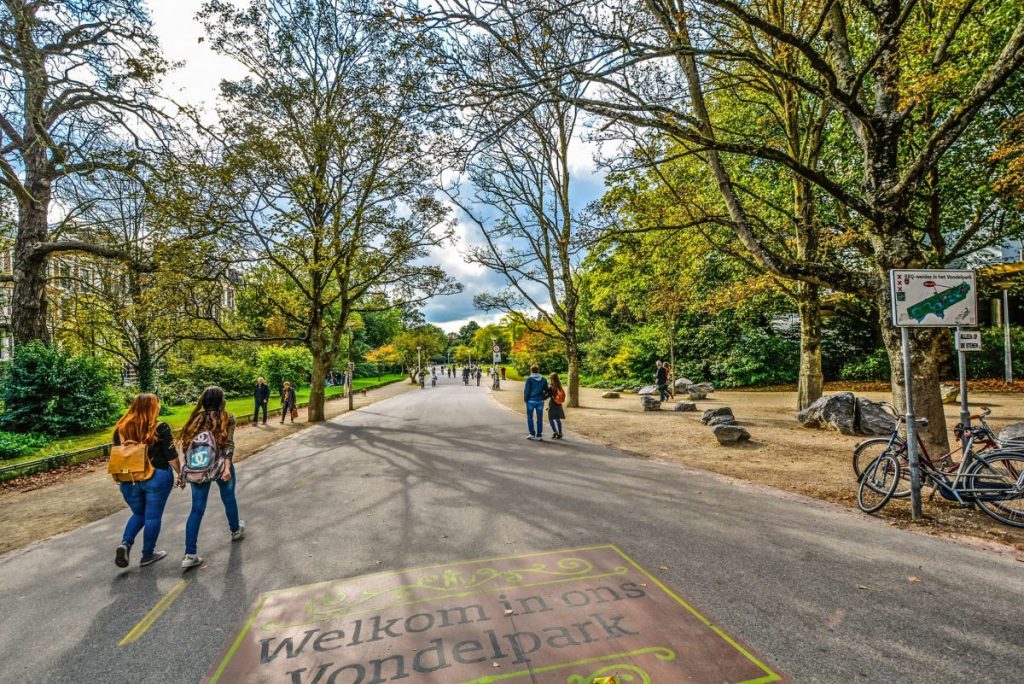 We Love Escape Rooms! we try to do at least one in every vacation. In Amsterdam, there are plenty of escape rooms to choose from (you check it here). We chose to go to the Xit room which is the first Dutch Escape Room!  You get 60 minutes to get out of a room by solving riddles together. Reservations are required. 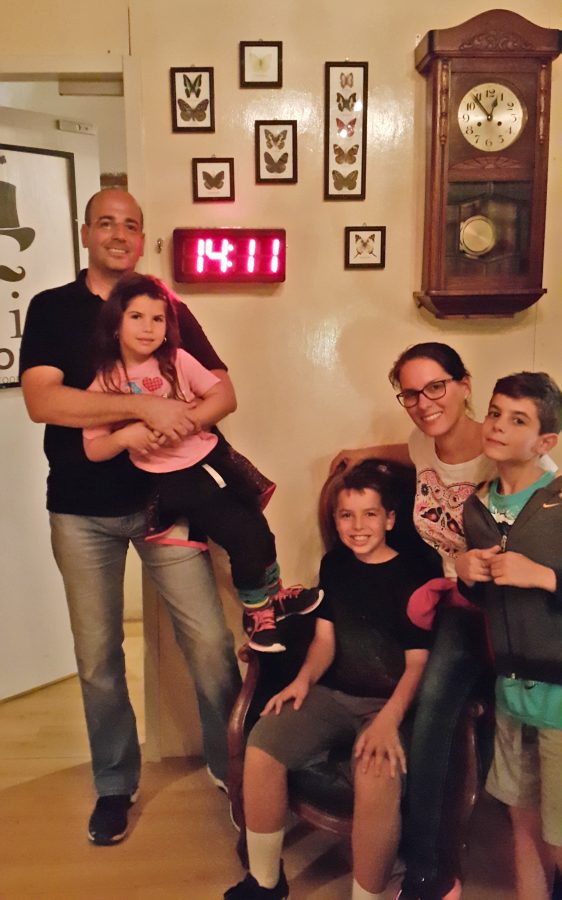 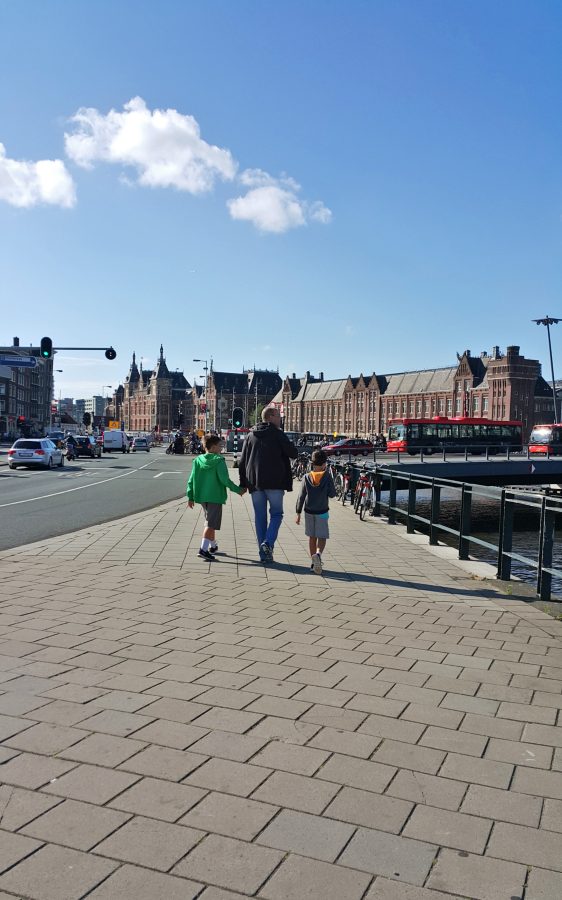 Amsterdam has a lot to offer for families. Some of the places and attractions that are presented here are age-related and also depends on the family’s personal preference. Try to choose a couple of museums, stroll this beautiful city, maybe go to the park and most importantly – have fun!

A Perfect Weekend In The Dead Sea And Masada Fortress

10 places to visit in Florence in one day

Is Hong Kong A Good Place To Visit?